This week I have planted some of the new fruit trees into the orchard area near the campsite shower block. We chose trees that will bear fruit during the summer months when the site is full of campers enjoying the wildlife. To this end end we have picked a number of cherries, plums, green gages a cherry plum, a fig and a mulberry that should start to provide fruit from July through to the end of August. The trees will compliment our existing orchard fruit trees which this year produced a huge crop of apples and pears in the autumn. These fruits were juiced in our  hydro fruit press as well as being eaten straight from the tree as we worked on the landscaping around the site. The fruit trees were ordered from Deacons specialist fruit nursery which is based on the Isle of White.

These trees are unlikely to bear many fruits in the first couple of years, but once established they will be a great place for campers to stop off at en route for a shower or to collect some firewood.

Wildlife habitats planted around the Campsite 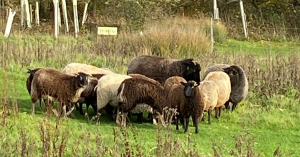 Autumn at The Secret Campsite 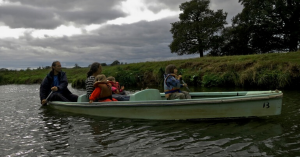 Things to do, eat, and see near to The Secret Campsite

Real camping. So what is it?