Real camping. So what is it?

For us at The Secret Campsite, real camping starts and finishes with nature, peace and space.

It’s the inky sky at night. The chance to see the stars and learn the constellations. It’s the dropping off to sleep hearing the night time wildlife sounds. The hoot of an owl, the amorous croaks of the marsh frogs, the unexplained noises that are magnified in the dark.

It’s the crackle of the camp fire. The hiss of the sausages cooking in their fat. The careful build up of the fire, perhaps chopping your own kindling. It’s blowing on the flames and getting ash back in your eyes and not caring. It’s sitting and chatting around the fire with your companions.

It’s watching the local wildlife flourish. Spotting the many varieties of butterflies in the meadow and along the old railway track. Sussex has many rare ones including the Dingy Skipper. It’s the excitement of seeing a slow worm. Or perhaps an adder? It’s the twilight glow worm hunt. It’s craning your neck to see the Red Kite up high (always too high for a picture), spotting the deer in neighbouring woodland. It’s hearing the dawn chorus and trying to identify who is there.

It’s about space. Large spacious pitches. Seeing but not overhearing your fellow campers. Perhaps relaxing with a book or just pootle around and daydream. Maybe taking your kids on a long country walk and coming back with colourful treasures of leaves and grasses.

It’s about doing nothing much. Peaceful camping. Escaping from the frenetic everyday maelstrom of noise, chatter and deadlines. Reconnecting with each other. Putting down the technology and removing all those pinging notifications.

At the Secret Campsite, we like doing Nothing Much and we want you to have this opportunity too. Expect nature, peace and space. This means no groups, no cars in the meadow, no dogs and a quiet time after 10 pm. Read more about becoming a Secret Campsite Escapee here 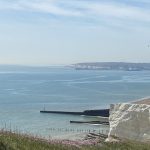 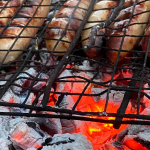