“Save Our Bridge” the fight for wildlife in Barcombe

The “Save Our Bridge” campaign focusses on an old railway bridge in Barcombe, East Sussex. Church Road Bridge was constructed in the early 1880’s and spans the old Bluebell Railway Line. The line closed in 1958 and many of our campers still use the old railway track to walk up to Barcombe village.

The dismantled railway is an amazing green artery. It forms a section of the wildlife corridor running from the Ouse Valley through Knowlands Wood past The Secret Campsite and continuing to the Ashdown Forest. It is home to a multitude of wildlife including bats, badgers and hedgehogs. It provides a safe place for wildlife to move freely and cohabit. To nest, reproduce and raise their young.

There are moves afoot by National Highways to infill this old bridge with an estimated 1000 tons of concrete and aggregate. This would force the animals onto the roads and remove their safe passage with potentially fatal consequences. Infill would prohibit the passage of walkers. Lockdown’s have seen an increase in walkers accessing their local paths and appreciating nature on their doorstep with all its associated health benefits.

Putting a barrier that stops free passage of wildlife and the public is typical of societies “put nature last” approach. For a more heartening approach to Nature, visit Get Nature Positive campaign.

The railway bridge forms part of the Historical Railways Estate managed by National Highways. An enforced pause on the entire programme of infilling historical railway assets was put in place, following a national backlash over another proposed infill in Great Musgrave, Cumbria.

But under emergency powers, if there’s deemed to be a threat to public safety then National Highways can, in the words of Lewes Councillor Zoe Nicholson “stealthily move ahead”.

Local campaigners asked 2 eminent engineers to evaluate National Highways plans for Church Road bridge. They concluded that there is no immediate risk that the structure will collapse, but that remedial work is required at an estimated cost of circa £70,000.

Local residents have formed a Facebook pressure group, “Planet Barcombe” and have been lobbying local MPs, and politicians to raise awareness of the cause. “Stealth measures” may be in place by National Highways but Barcombe residents are pulling their weight vociferously in support of the local wildlife.

Times are changing and people are waking up to this short term and selfish approach, Nature is becoming important again.

Plus use the hashtag #StopTheInfill . Sussex Bylines have written an interesting article here.

Do have a watch of Dr Burnside, a landscape ecologist, has made a video about Barcombe bridge and its importance as a corridor for wildlife.

Get Nature Positive Campaign and The Secret Campsite 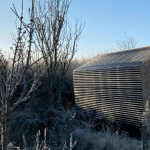